Excerpts from The Two Musketeers

What a Difference a “Day” Makes 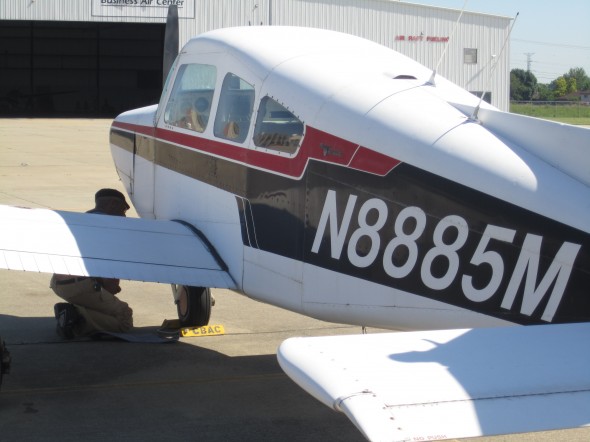 Earlier this morning I woke up at 1am sweating and unable to go back to sleep for almost 3 hours. Exactly three years ago at this same moment, I stayed out late on the Fourth of July in an effort to relax myself the night before the biggest flight of my life – my private pilot check ride. Today, I’d also be flying but the anxiousness and the flight would be completely different.

As I detailed recently in my post "Mi Día de Independencia," I had visited Chicago at this time to celebrate my independence, as well as my 3-year "pilotversary." Much of my experience on this day in 2008 is detailed at length in my book, The Two Musketeers, when I tirelessly earned my private pilot license. The success of that effort was not individual in nature but rather a joint effort with my father. However, since that time, my father and I had really never had a chance to fly again, outside of a brief 30-minute flight last year that ended quickly due to surface control issues in his Beechcraft Musketeer N8885M. Now today, exactly three years since the date I earned my pilot license, we find ourselves preflighting N8885M at 8am on a picture perfect day (winds calm, 70 degrees, and clear skies).

My father still maintains his certified flight instructor (CFI) currency, so this wasn’t just a typical father-son flight around the southern suburbs of Chicago. It was also my biennial flight review. As we walked back to the aircraft on a practically empty ramp area after requesting gas, I asked him, "so what are you thinking about doing today?" He said, "some standard turns, 45 degree turns, slow flight, maximum trim glide, hood work, radio work at Gary airport (GYY), and a couple of landings." And trust me…we did it all in about 1.3 hours. The flight went by so quickly and the day was so beautiful that I really didn’t want to stop.

High, Fast, and Long
There was one interesting part of the flight that involved my straight in landing into GYY. I’d gotten cleared for an approach on runway 30 but was coming from the south. Tower gave me the option for a straight-in approach to runway 2, so I took it. I started a pretty rapid descent at 2000 ft about 3 miles out, pushed the nose down, and powered back.  I put in 15 degrees of flaps but was still at 100 mph and high. So I put in 25 degrees of flaps and was still high and fast. After the last notch of flaps (35 degrees), we came in steeper but still high and fast. I could see my father adjust himself in the right seat as he said; "you’re really going to have to slow this down when you get over the runway."

I sailed over halfway down the runway and in the end touched down fairly gently, only at the moment in which the aircraft was ready to land. As I taxied off the runway, I asked the Tower, "so how did that landing look to you?" The controller said, "yeah…I saw that but I thought it settled quite nicely." I laughed and expressed my gratitude as we taxied the long way around the airport for departure back to Lansing – our home airport. 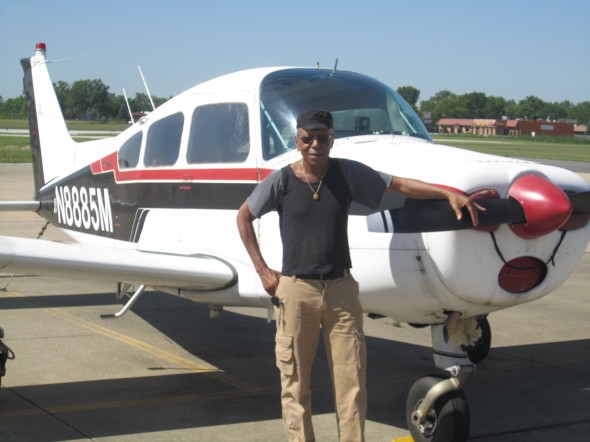 A Treasured Moment in Time
Just like that, the flight I’d been looking forward to since I earned my license on this same field three years ago had ended. It seemed like it went faster than I could process, yet it’s a flight that will last with me for a lifetime. Given that I live in California, my dad and I don’t get a chance to fly much. So now every flight is a special treasure. We spent the rest of the morning, as we typically do when I’m in town, chatting over breakfast – except this time I was getting quizzed on Federal Aviation Regulations (FARs) as required for the oral portion of the biennial flight review.

In many ways, today felt just like the days we spent together 3 years ago while we were working on my pilot training. Yet this July 5th was completely different than the one 3 years ago. Instead of being stressed out during a 2-hour oral exam and a 2.5-hour check ride, I was a relaxed and confident pilot enjoying a morning of flying with his personal CFI, who just happens to be my dad. What a difference a "day" makes.