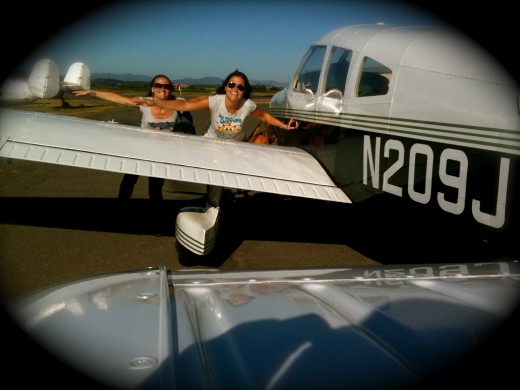 When I was a kid just getting started in the world of general aviation, I fell in love quickly with nearly everything about flying and the aviation industry. Yet I never desired to be an airline pilot. Sure I spent endless night pretending to be one on my numerous PC flight simulators, but at the end of it all, I never wanted to fly on someone else’s schedule. The part about airline travel that I love the most is the ability to share in the experience of helping people reach their destinations and the nostalgia of flight that seems to take hold of many people. This is the part that I love about being a general aviation pilot – every time I fly someone in my aircraft, I get a chance to experience that nostalgia with them…face to face.

I get a chance to give them tours, take them to interesting destinations, and watch their faces and hear there expressions after a good landing and/or an all-around good flight. I also get a chance to experience the buzz and the energy that pilots get when they talk about flying with other pilots, discuss their flights and experiences, and share tidbits on instructors, destinations, and different types of aircraft. It’s a special community and one that I’m so happy to be part of.

Flying the Comanche with Scottie in Colorado

Scottie and I baking on the ramp at Erie, Co (it was over 90 degrees) with his 1961 Piper Comanche.

Shortly after my memorable flight experience with my dad in Chicago in early July, I had a chance to fly with Scottie out in Colorado. Scottie is the brother-in-law of my good friend Russ and though Scottie was going through a pretty difficult time with a family emergency, he found some time to share his aircraft and the skies with me over Erie, CO (just outside of Boulder). We’d hope that I’d get a chance to fly his 1961 Piper Comanche but alas the weather did not cooperate. Soon after our first takeoff, we entered downwind and saw a huge bolt of lightening off in the distance but the storm cloud seemed to be approaching the area fast. 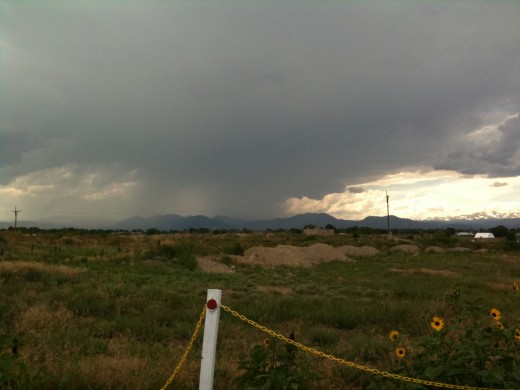 The storm building off the Rockies.

So Scottie made one quick landing and that was it. I still greatly appreciated the opportunity to share the skies with him (my first time flying GA in Colorado) and perhaps on my next visit, I can get a lesson in with him. He’s a soon-to-be CFI.

Two weeks after my trip to Colorado, I had another chance to hit the skies. My good friend and practically (brother from another mother), Junie came to visit from Houston. He’d never been to the Bay Area and so I definitely wanted to make sure he had a chance to experience a Bay Area Tour during his trip. We tried to get a good Bay Area Tour in on Saturday but experienced an equipment issue (ammeter) soon after takeoff. I was flying N4378N out of Palo Alto for the first time. The previous weekend, I’d scheduled the same aircraft to fly with my girlfriend, Kaitlyn, but scrubbed the flight when I noticed the stall warning horn was not working properly during preflight. So after the equipment issue during my flight with Junie, I realize that just isn’t the plane for me.

So we tried again for a flight the following day; this time in a tried and true Warrior (N81024) out of San Carlos. It actually worked out better since I was able to fly him over SFO on a Class B transition. Yet nearly 3 miles later as we reached Candlestick Park, we soon found ourselves flying directly into the base of the marine layer. Thankfully, I was able to do a quick 360 degree turn and get clearance above the layer towards Oakland. Just like most mid-summer days in the Bay, the marine layer breaks soon after you cross the Bay Bridge and thereafter it was gorgeous. We flew a nice half-circle in the north part of the Bay over Gnoss  (DVO), the two tiny airports in Sonoma, and then a quick touch-n-go landing at Napa (APC).

Like most pilots flying with passengers, the landing is the part of flight that I am most critical of. Ironically, Junie preferred the landing at Palo Alto on Saturday to the landings at Napa and San Carlos on Sunday. From a pilot perspective, the landings on Sunday were right on – straight down the runway and touch down right after the stall warning horn went off. Whereas, the landing at Palo Alto on Saturday was offset to the left after I bounced once. I guess since the bounce was very soft…that’s what made it seem "better than a commercial flight", as Junie stated. Either way, I’m glad he enjoyed the flight and I got a chance to share the joy of providing him with a private tour of the San Francisco Bay Area. 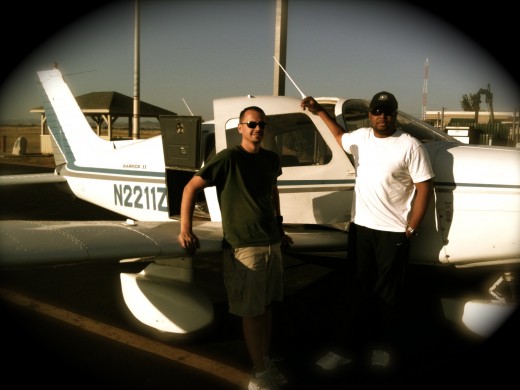 Patrick & Tzonu after our flight from San Carlos (KSQL) to Lincoln (KLHM).

This past weekend, I got a chance to fly both afternoons – one flight to Sacramento with Patrick to reposition his Piper Warrior N2211Z from Lincoln Field back down to San Carlos (SQL), and the other to fly my friends Clara and Claudia up to Sonoma for an afternoon visit to Gloria Ferrer Winery. The flight up to Sacramento felt just like the "old days" two years ago when Patrick and I flew a few times in his plane. I truly enjoy the moments we share in the cockpit or on the ramp. We both just have such a love for aviation that it oozes from our voices and our pores. I was able to get a good 1.2 hours of flight time on the Warrior on the way up and Patrick flew the return leg, while we enjoyed the Bay Area sunset over the marine layer back into SQL.

Sunday was needless to say, nothing short of awesome. After having a fun lunch with Patrick and a couple of other black pilots that I met recently (Gary and Will) at Sky Kitchen Cafe at San Carlos, I ran over to the other side of the airport to get ready for my flight up to Sonoma with the ladies. Clara is eager to get her license sometime within the next year and Claudia, her roommate, was eager to get away from her work for an afternoon and enjoy a couple of hours visiting a Sonoma Valley winery.

The flight up to Sonoma was pretty uneventful until we began our descent into the field. Sonoma Valley (0Q3) is a pretty tiny, uncontrolled airport that’s about 3 miles from Sonoma Airpark. The traffic can be so packed between the two airports that oftentimes pilots are setting up for landing at one airport but near the traffic pattern of the other. In addition, Sonoma Valley is really tiny with few places to park, since it’s a semi-private airport. Runways 17/35 is private while 25/7 are public. And according to both its website and the pilots I talked to shortly after landing, very few aircraft on the airfield have radios in their aircraft. So you really have to be on your toes when approaching, landing, and taking off at Sonoma Valley.

Speaking of which, my landing into Sonoma Valley was quite a challenge. I didn’t even see the airport until I was right above it (though safely 2500 ft above ground level). I flew out and reentered into a 45-degree downwind approach for runway 25, yet due to traffic landing on the runways 17/35 that was not communicating, I flew an extended downwind. On my turn to final, I overshot the runway centerline but corrected it pretty quickly. I’d warned the ladies that the landing would be a bit tight and that I might have to do a go-around if I couldn’t set it up well. The runway is only 2700′ x 40′, yet I have experience on tiny runways such as this on my trips to both Sonoma Airpark and Oceano last year.

Thankfully, I was able to set up well and get the aircraft down, well everything except for my speed. I ended up sailing halfway down the runway before the tires touched the pavement, but once they did the aircraft slowed down rapidly with plenty of room for ground roll. Had we been airborne a nanosecond longer, I would have performed a go-around. Yet the Clara and Claudia thought the landing was a good one and, in the end, that’s all that matters. Our time at Gloria Ferrer Winery was so relaxing and perfect for a Sunday afternoon. I’ve detailed more about the trip to the winery at Jarard.com – Il Amante di Vino.

Can you see the runway at Sonoma Valley? This is the view from Gloria Ferrer. Awesome!

Experiences such as these are the reason I love being a pilot – especially a general aviation pilot. For all that I’ve accomplished in my life, there is no feeling like planning a flight, taking some friends up, seeing the looks in their eyes as I fly, and hearing the joy in their voice after a fun trip and a good landing. In my brief time of being a private pilot, I’ve had the pleasure of flying 22 non-pilot friends on Bay Tours, $100 Hamburger flights, and flights to Napa and Sonoma Valley wineries. I look forward to many more opportunities to introduce even more people to general aviation and provide them with memorable moments that will hopefully last a lifetime.