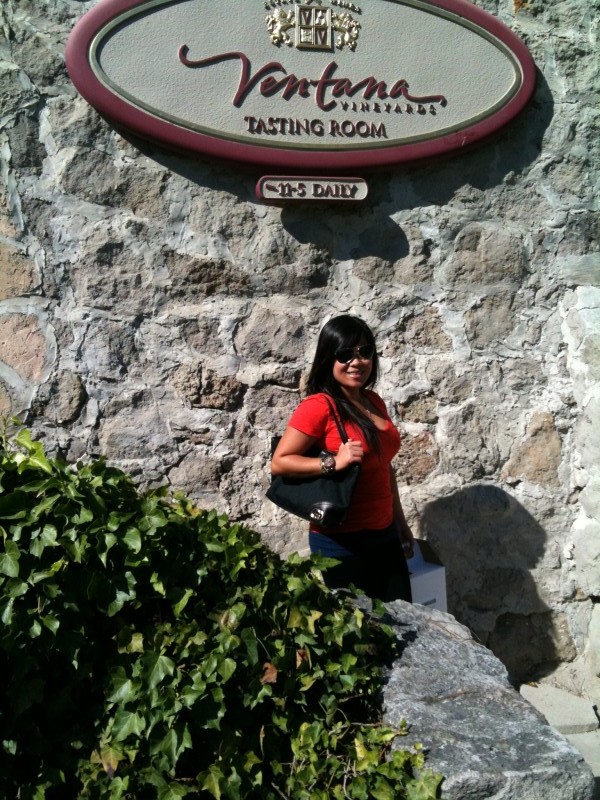 The final flight in this recent series was yet another surprise for my girlfriend, Kaitlyn. We had planned to spend a Sunday in San Francisco (something we don’t get to do very often). Yet, earlier in the week, I’d realized that I hadn’t flown her since January of this year (over 9 months ago). So I decided to grab the keys from my friend Patrick and hope that the weather would be suitable for a Sunday afternoon surprise. During our breakfast in San Jose that morning, my mind was so occupied on watching the clouds to see if the overcast layer would burn off in San Jose and checking Aeroweather on my iphone to see if the clouds would burn back in Monterey during the afternoon. Ironically, the forecast was dead-on because though it was completely overcast at 10a, the sky was clear over SJ by 11am – on the dot! So we drove up the 101 towards SF for our supposed Sunday Funday and just as we neared San Carlos airport, I mentioned that I needed to make a quick stop at the airport to check on something in Patrick’s Warrior. Well after two minutes of making it look like I was busy, I came back over to Kaitlyn and said, “So, you wanna go somewhere today?” At that point she knew it was all a sham and she was so estatic to take a flight. The picture below says it all! 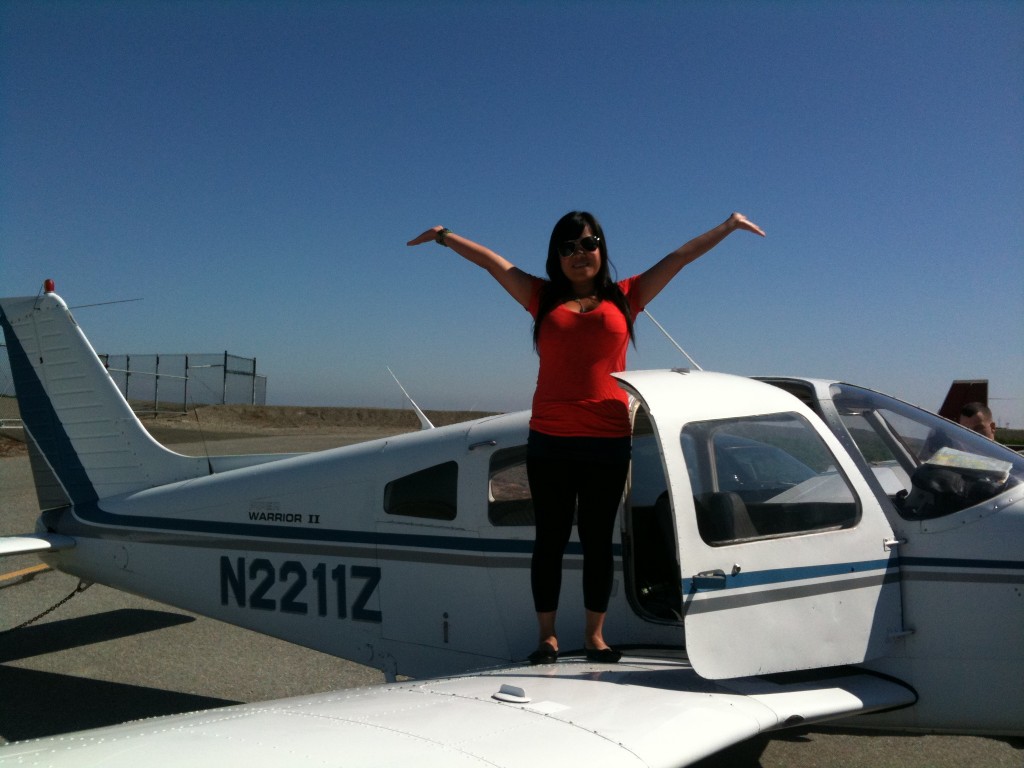 Fortunately, the sky cleared up long enough for us to enjoy a couple of hours in the Monterey – wine tasting at nearby Ventana Winery and taking a casual stroll through downtown Carmel. Yet, we hurried back to the airport to preflight and depart since the clouds started to make their unexpectedly early return over the airfield. We departed shortly after 4:30p with scattered clouds at 700 ft (and the clouds were not forecasted to return until 6pm). Had we stayed another 30 minutes, we would have been grounded until Wednesday, since those clouds were the onset of three straight days of rain for the area.

Flights such as this one, and those detailed in my last few posts, are the reasons why I love being a private pilot. My passion for aviation doesn’t lessen with every flight, but rather it grows. It takes over my soul and puts me in a place where I can’t begin to describe the joy that I feel for providing once-in-a -lifetime experiences for passengers and aspiring pilots. Who knows what the future holds for my piloting exploits? However, what I do know is that in whatever I do, I will continue to share my passion with those that allow me the opportunity to pass the torch to the joys of the friendly skies.